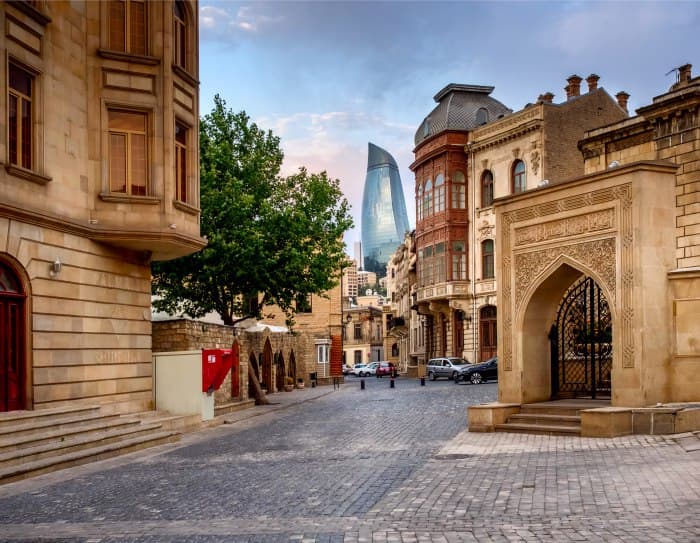 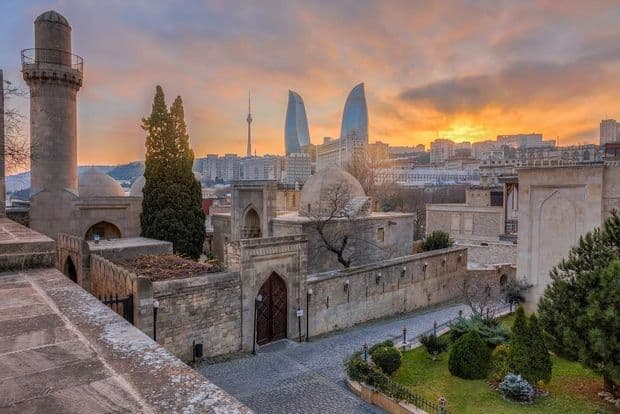 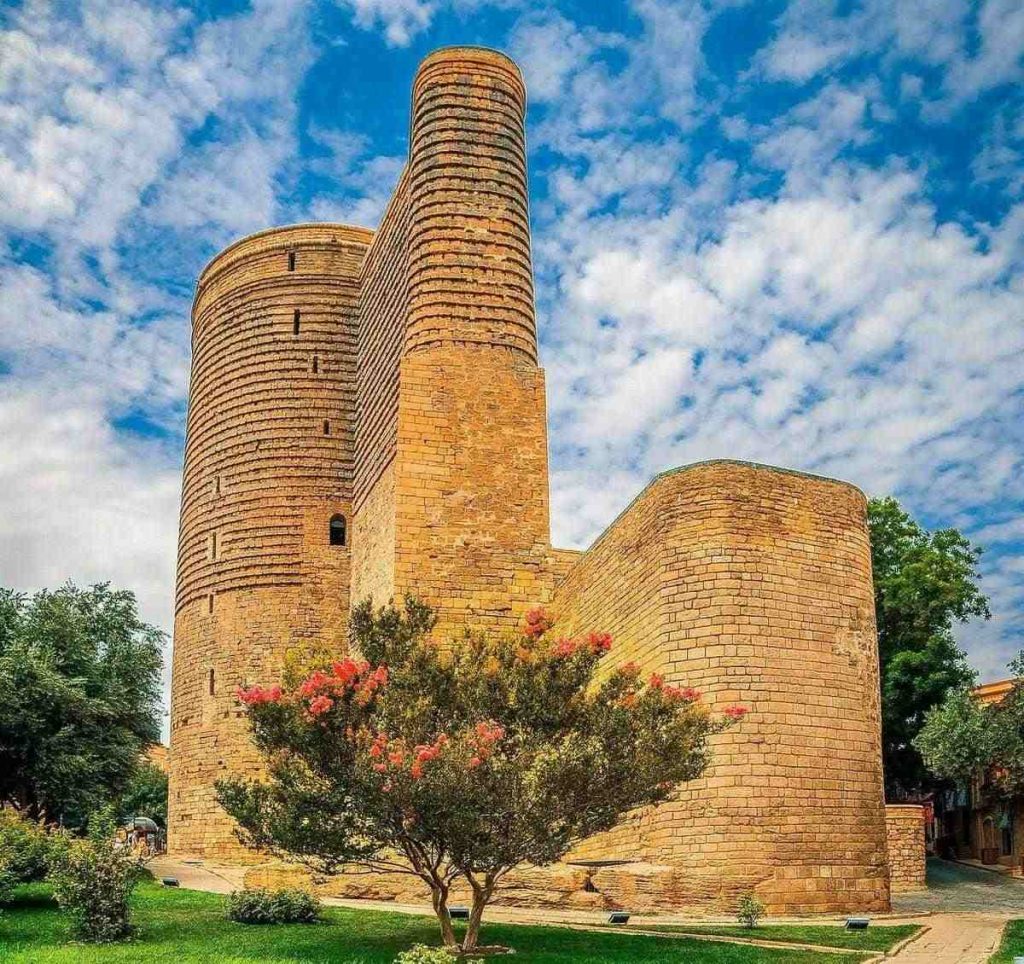 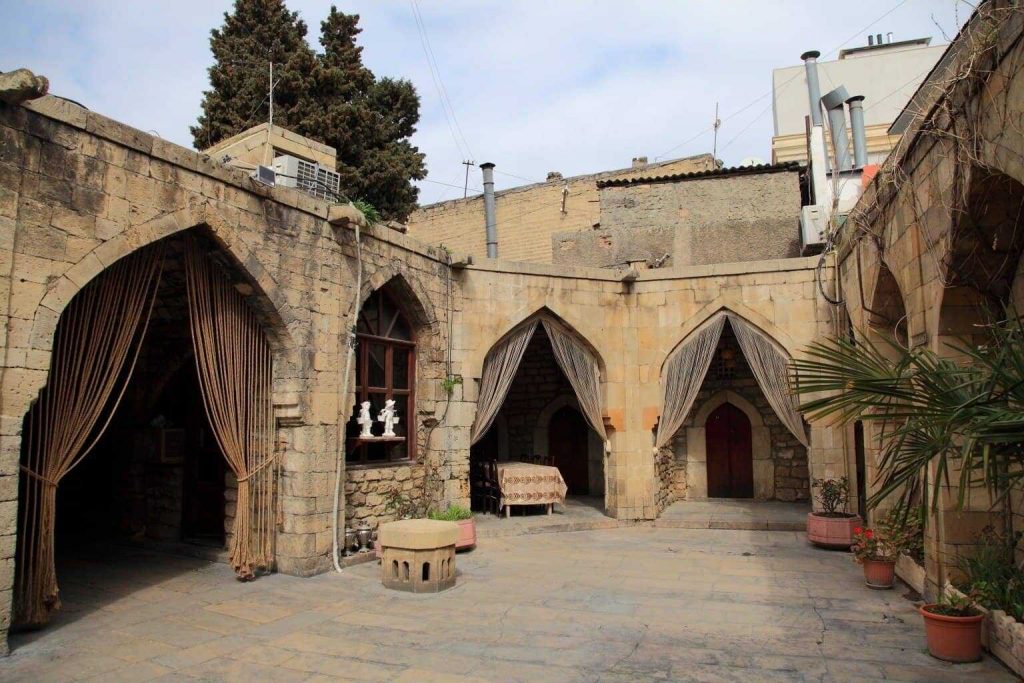 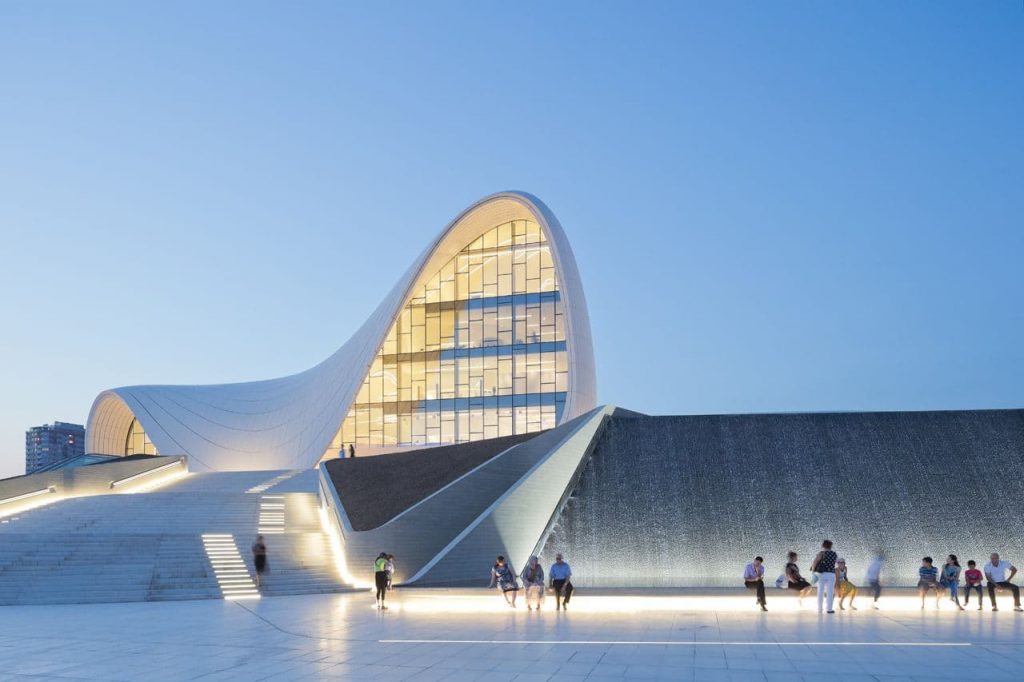 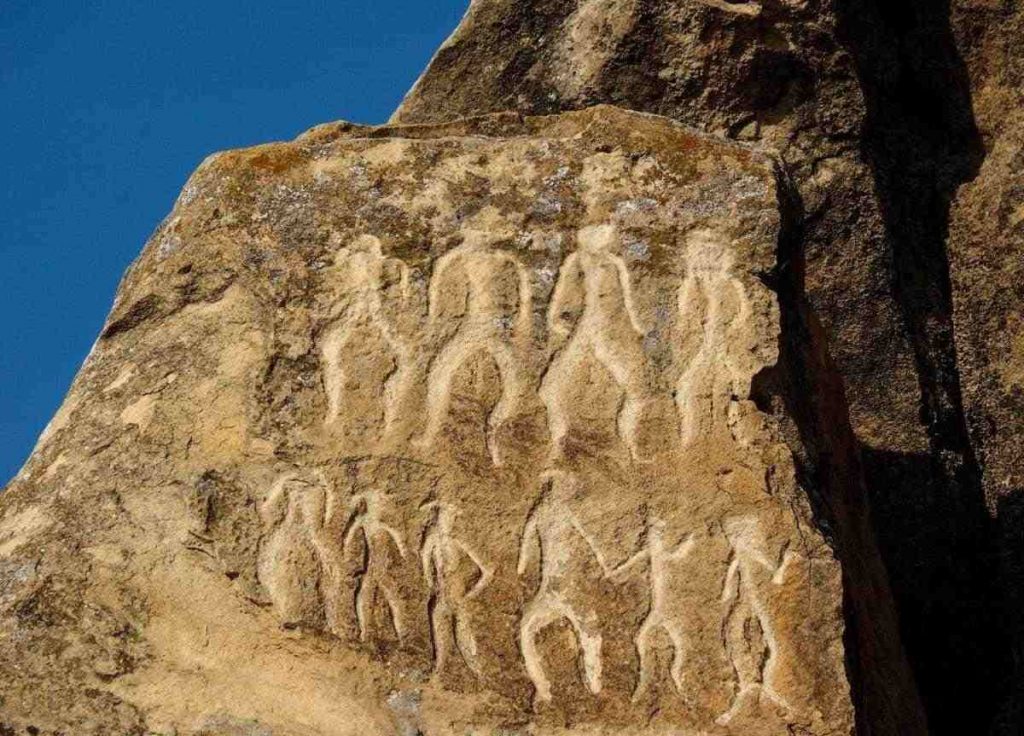 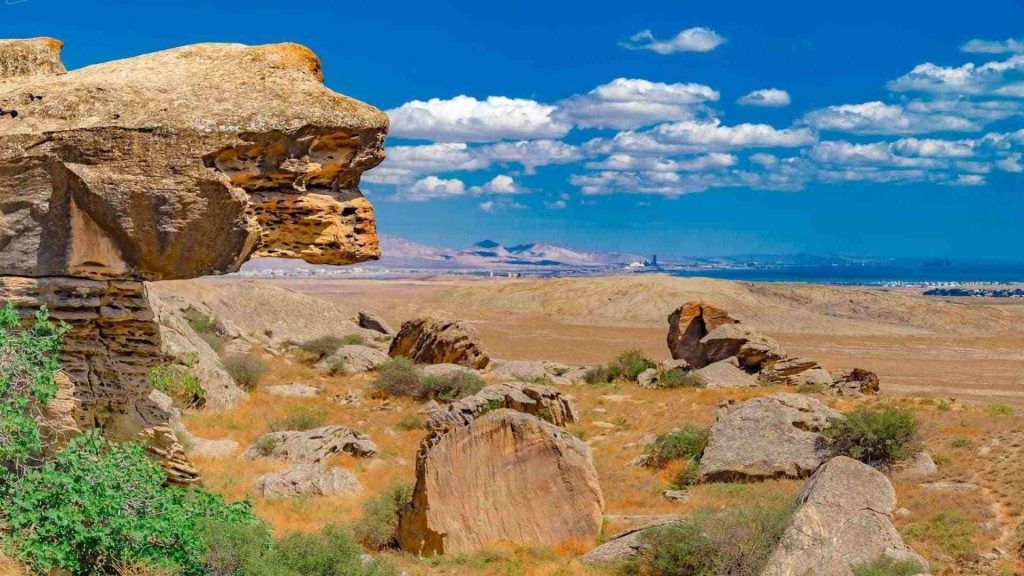 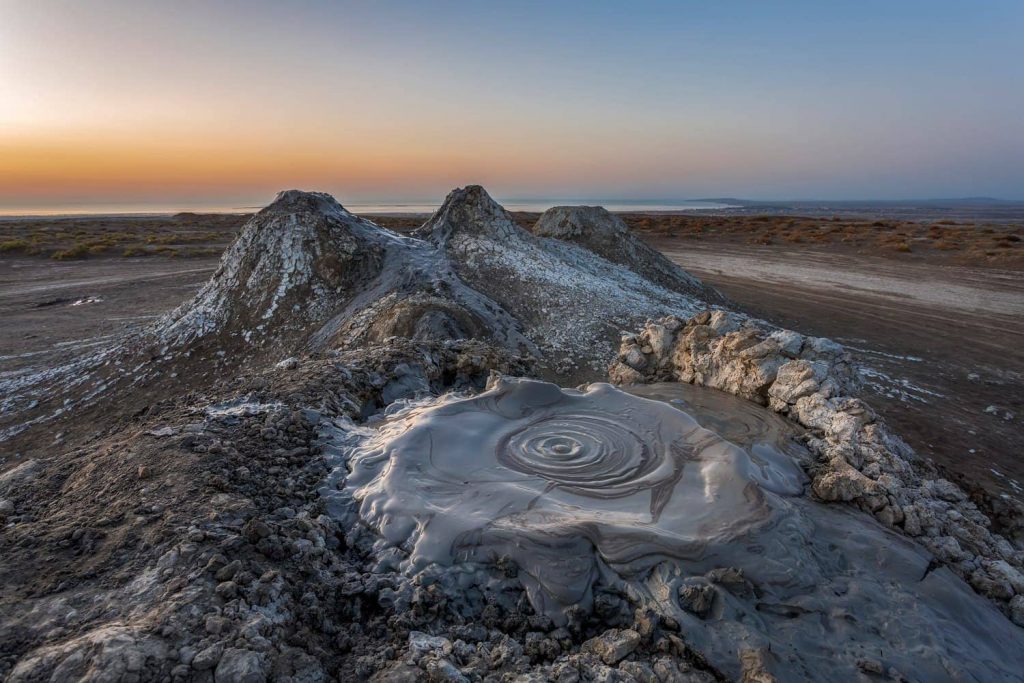 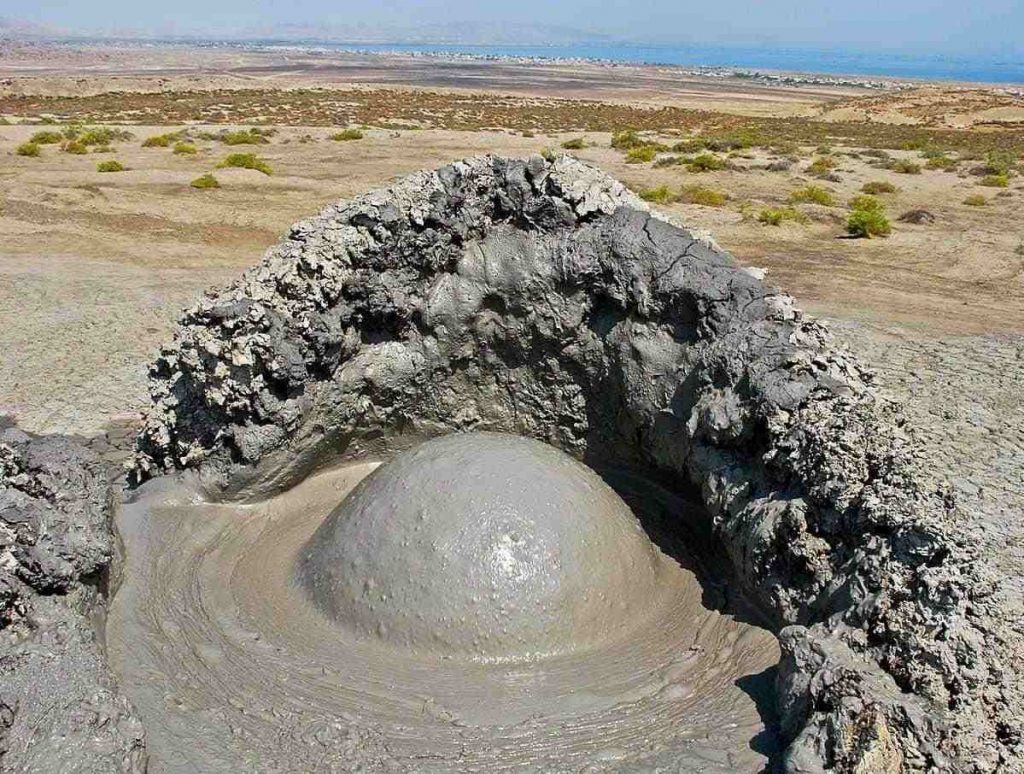 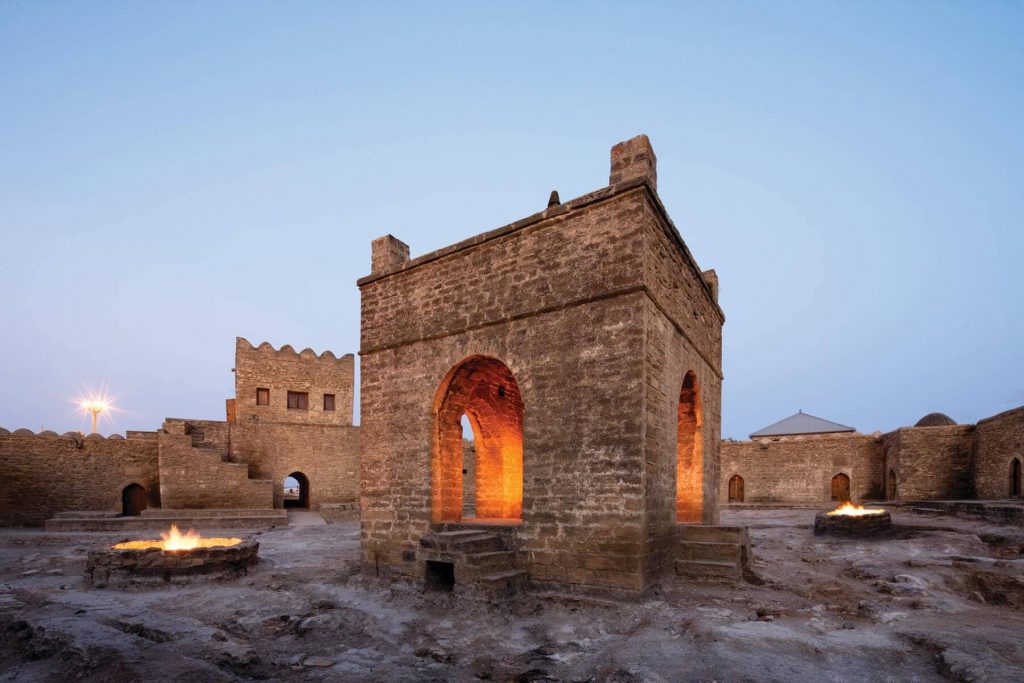 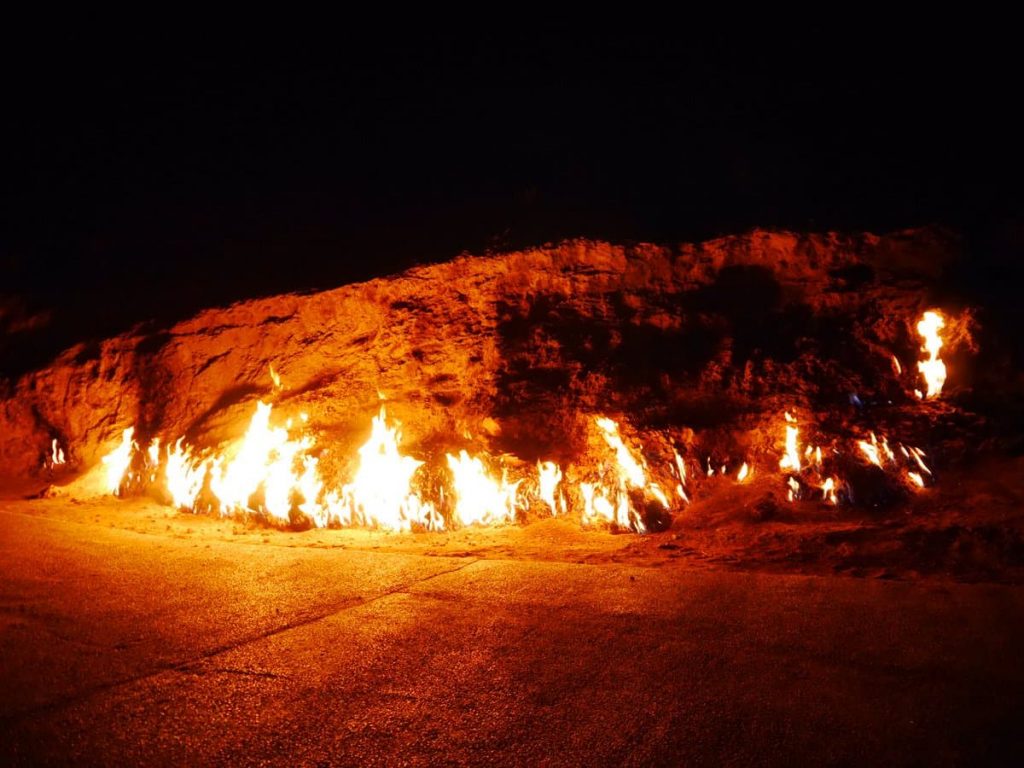 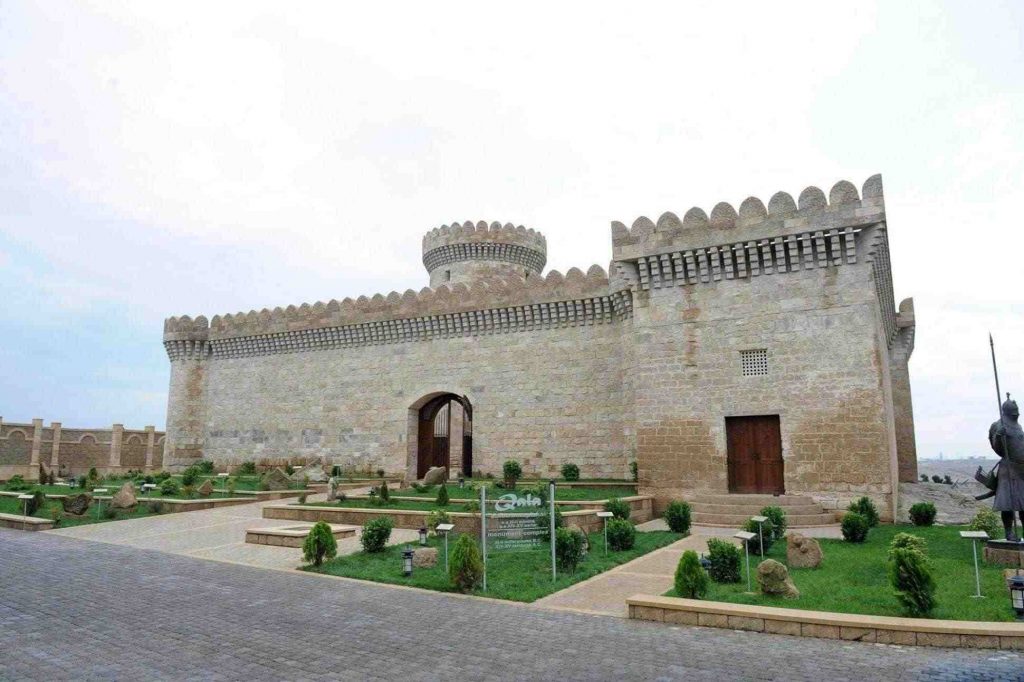 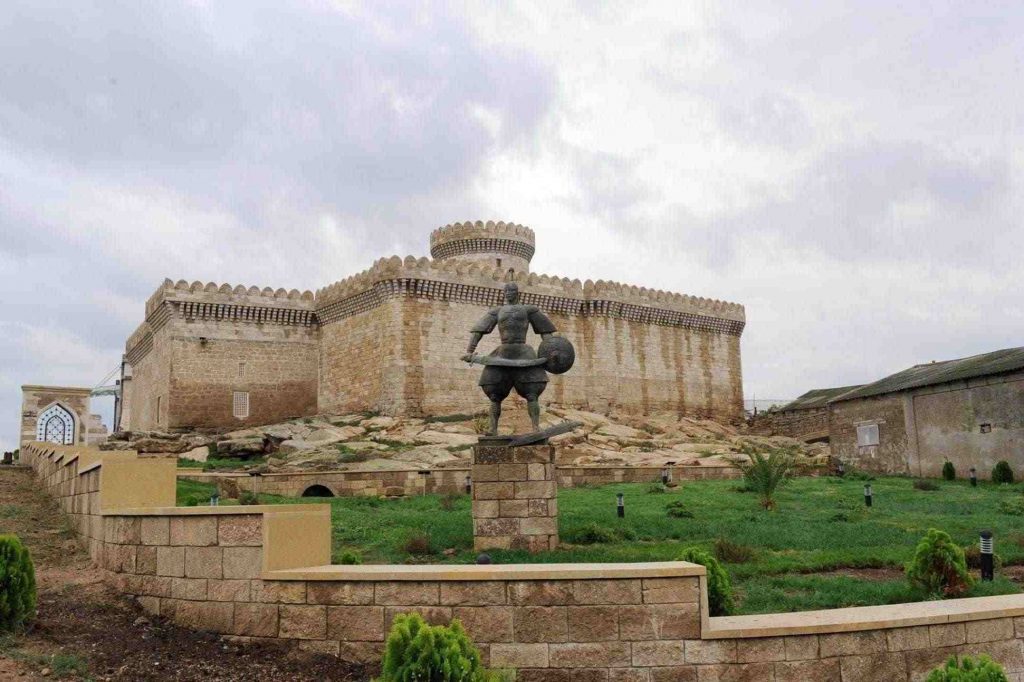 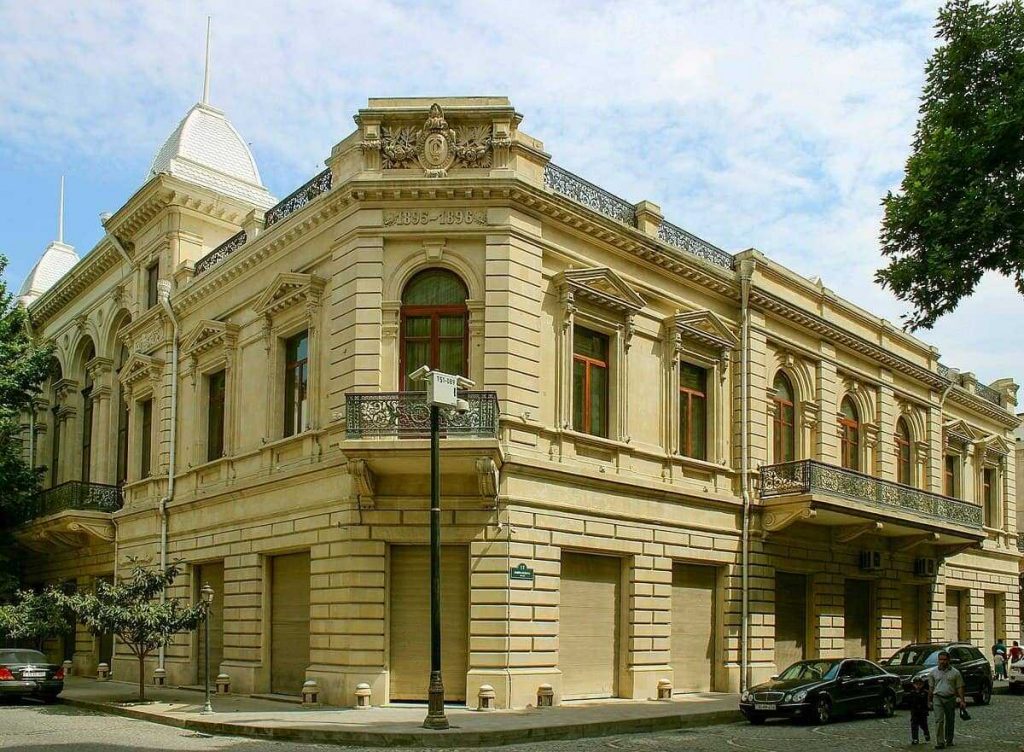 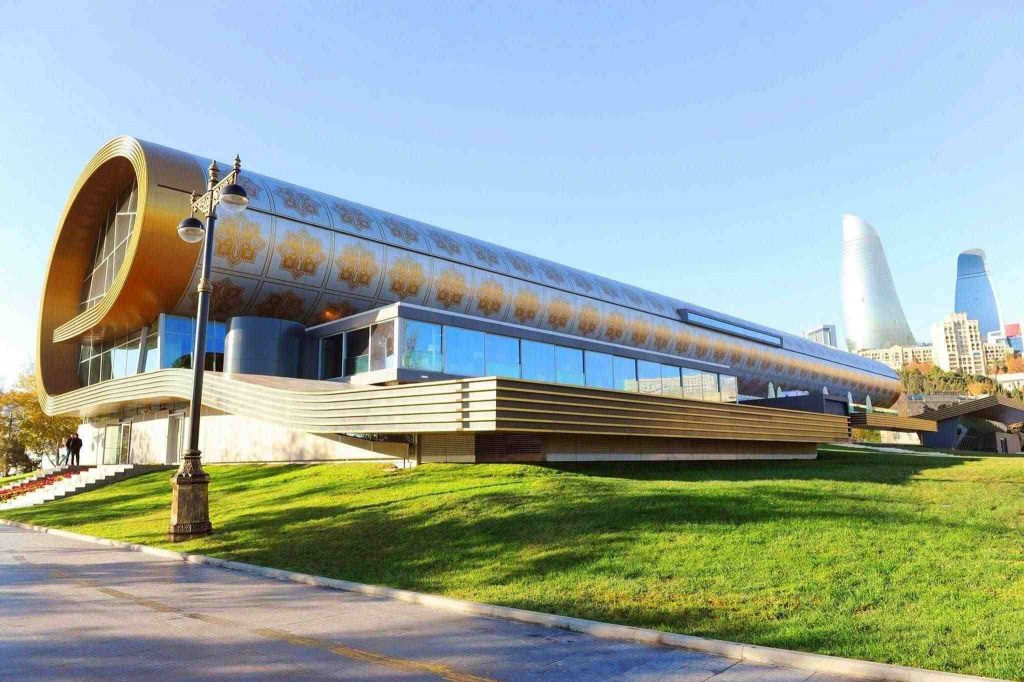 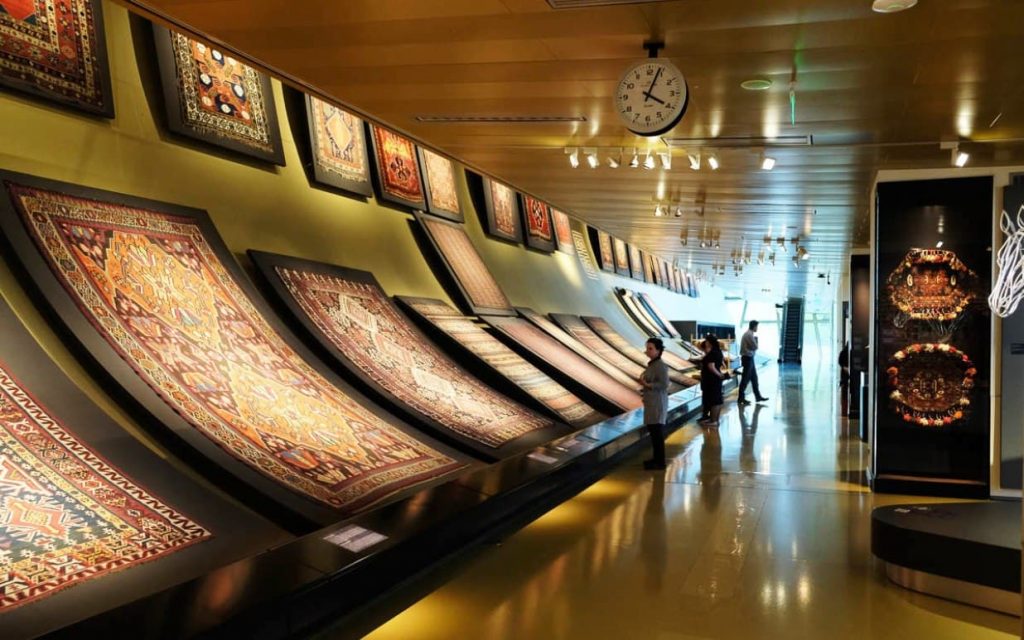 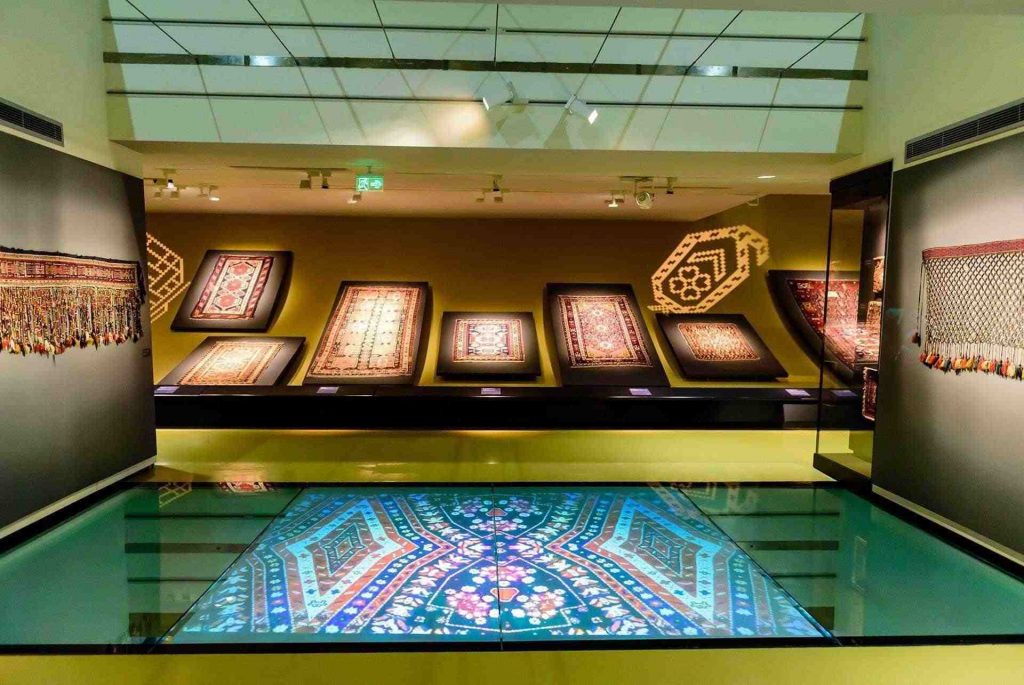 After breakfast, we start to the Daghustu Park, where we get an impressive impression of the city of Baku, the largest city in the Caucasus. The Azerbaijani capital is a place of contrasts, the newer part of the city reflects the cool modernity of an important oil-producing country, which culminates, for example, in the complex of the newly built Haydar Aliyev cultural center, which was only completed in 2014 according to plans by the well-known architect Zaha Hadid. Baku Boulevard stretches for 25 km and is now the second-largest boulevard in Europe.
Visit of the old town Ichari Shahar is surrounded by a fortress ring and lies directly on the Black Sea. The walled part has been a UNESCO World Heritage Site since 2000. Its history can be traced back to the 11th century when Baku was still ruled by a Muslim dynasty, the Shirvanshahs. When strolling through the alleys in the vicinity of old palaces and caravanserais, as well as mosques and baths, you feel like you have been transported back around 1000 years and can guess how Baku was once a gateway to the famous Silk Road. You will see, among other things, the most curious monument in Baku, the legendary Qız Qalası (Maiden’s Tower), the 15th-century palace of Shirvanha “one of the pearls of Azerbaijani architecture” and the Juma Mosque. Also of interest is the very special, worldwide only museum of its kind, the Miniature Book Museum. Some of the books are no bigger than a thumb. The studio of the freelance artist Ali Shamsi is also worth seeing
Overnight in Baku.

After breakfast, you will visit the Gobustan National Park, which has been on the UNESCO World Heritage List since 2007. The area is a cultural landscape in the middle of the semi-desert, in an unusually open, unusually well-preserved, and unusual composition of unusual Stone Age stone paintings. They were created more than 5,000 years ago, but research doesn’t rule out a period of up to 40,000 years. Here we see rock carvings, prehistoric settlements, mud volcanoes, musical stones known as “hammer blows” and a modern-style museum. On the way, we see oil platforms in the Caspian Sea. Visit the Bibi Heybat complex (including the tomb of Ukeyma Khanum, a descendant of the Prophet Mohammed) and the mosque which houses the tombs of notable people.
We will introduce you to one of the most important sights of Baku city – a kind of fairy tale place, the Carpet Museum. The shape of the museum resembles a rolling carpet by the sea. The clothes and jewelry of the Azerbaijani royal families are also exhibited here, as well as the traditional clothes that were used in the history of the Azerbaijani people.
Past the Mugam Center and ‘little Venice’, we continue to the Church of the Redeemer, a Lutheran church that was designed by the architect Adolf Eichler in the neo-Gothic style.
Then we will visit the National Historical Museum located in the Tagiyev Palace – a building created by Józef Gosławski. Besides all the historical places, there are many shops selling traditional souvenirs, scarves, and carpets, which are mostly handmade by local people.
Overnight in Baku.

After breakfast drive to the “Gala” ethnographic nature reserve.
The gala is a museum built on archaeological excavations. The 5000-year old settlement has many surviving districts. We will get to know the old houses, the management of the time, the traditions and customs.
Then we go to Ateshgah. This place served as a monastery until 1883. The altar was fed by natural gas escaping here Inscriptions on the temple also indicate its use by Hindus. The once eternal fire can still be admired. Then drive to the Absheron peninsula. Even before our era, the peninsula was a center of the fire-worshiping religion of Zoroastrianism. Pilgrims from Persia made pilgrimages to them and from India, who revered fire as a symbol of purity. These ancient fires became part of Azerbaijani national pride and named their locations “Temple of Fire”.
Lastly, we will visit the village of Mehemmedi on the Absheron Peninsula, where the Yanar Dagh Mountain is located, one of the most spectacular natural attractions on the peninsula. The burning mountain region has been burning for thousands of years and cannot be extinguished by rain or sand. The word “Yanar” in Azerbaijani means “burning” and “Dag” means “mountain”.
Overnight in Baku